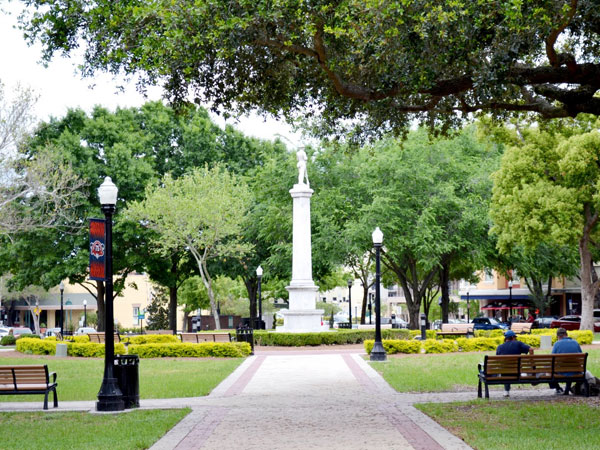 History and Highlights of Downtown Lakeland

It was in 1882 when Abraham Munn arrived from Louisville, Kentucky and bought 80 acres of land in an unnamed part of Central Florida. That same parcel of land is what to become today’s downtown Lakeland, which also became an integral part in the city’s eventual expansion.

Munn platted the land in 1884 and by January 1, 1885, the town of Lakeland was officially incorporated. It was supposed to be named “Redbug,” but this was rejected.

The city grew exponentially and economically during the mid-1890s when roughly 25 trains per day made their stops there. This allowed the citrus and strawberries business to flourish.

By 1894, Lakeland is the biggest source of strawberries in the state, shipping crates of berries never before seen in the region. The railroad industry further played an increasing role in developing Lakeland’s economy. So much so that there was a time Lakeland was the third largest city in Florida, next to Tampa and Jacksonville.

But downtown Lakeland didn’t merely flourish economically during the mid to late 1890s. It played a part, too, during the Spanish-American War.

In fact, in 1897, 9,000 troops were stationed in downtown Lakeland on the shores of Lakes Wire and Morton to wait for the embarkation for Cuba.

However, as the areas around downtown Lakeland progresses, it was slowly forgotten, its development put in the back burner. It wasn’t until 1970s that the city started efforts to revitalize the historic downtown Lakeland. It aimed to redevelop and rehabilitate the landscape and buildings, as well as create beautiful parks and green spaces that would bring back the downtown area to its glory days.

Today, downtown Lakeland is an enjoyable place for residents and even visitors. It has since been dubbed “Lakeland’s living room,” embodying the spirit of community that Lakeland has always been known for.